We are media strategists; researchers; and subject matter experts in traditional, digital, and emerging media channels, whose purpose is to forge and improve the important connection between organizations and consumers, patients, HCP’s and businesses.

What They Are Saying About Real Media Fusion... 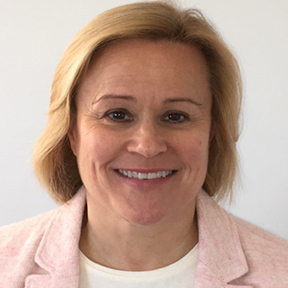 Linkedin
Sue has guided creative and strategic media planning and activation for local, regional, national and global agencies for over 25 years.

Prior to starting Real Media Fusion in 2014, Sue led the media team at Razorfish Healthware, where she was VP, Group Director. Prior to joining RHW, Sue worked at Harmelin Media for 15+ years and before that, at several full service ad agencies such as LOIS/EJL and Cramer-Krasselt in Chicago, FCB/Leber Katz Partners NY and FCB Philadelphia.

Sue is a graduate of Southern Illinois University at Carbondale where she earned a B.S. in Journalism, Specialization in Advertising.

We have experience in many categories including:

WE'D REALLY LOVE TO HEAR FROM YOU SO DROP US AN EMAIL AND WE'LL GET BACK TO YOU SHORTLY.